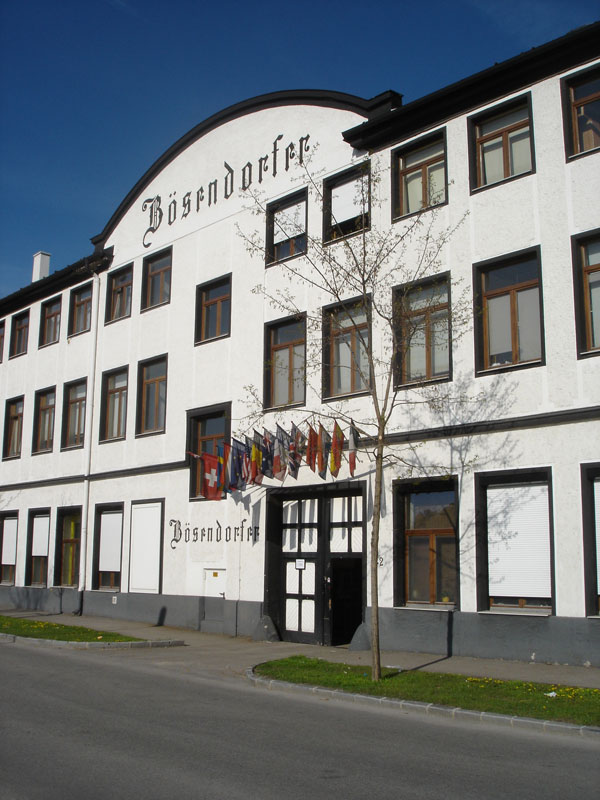 So now you have a major Japanese piano maker with a proven high end approach owning and taking marketing and sales responsibility for a 180 year old Austrian maker of what is generally referred to as one of the worlds finest craft built pianos; what happens next?

My prediction is that good things will come out of this for both companies but the road will not be pot hole free.

Yamaha has beaten their collective heads against the entrenched  base, prejudices and the occasionally less than honorable marketing techniques of the current industry monopolist and they are deeply aware of the sensitivity that surrounds the Bosendorfer brand identity. They have repeatedly stated that they plan no changes in Bosendorfer manufacturing and but will have to take some steps to ensure the continued viability of Bosendorfer as a semi-independent entity.

Yamaha also understands, at least intellectually, the culture of Bosendorfer distribution. There currently is clear and easy, usually 1 person, communication between the dealer and Bosendorfer for all issues, including inventory, service, credit and marketing. In addition, the brand attributes of Bosendorfer are subtle and complex and take a great deal of credibility to convey with any effectiveness. This credibility does not come from simply reading a sales guide, but from background, experience and dedication.  Yamaha knows that this culture is not something to be taken lightly or duplicated easily and has gone out of their way to ensure that as much of this culture as possible is maintained. They have stated clearly that being a Yamaha dealer has no bearing on whether or not one becomes a Bosendorfer dealer and the reverse applies as well.  This has calmed most of the Bosendorfer dealer network and helped them adapt a cautiously positive attitude.

2. The Yamaha sound and the Bosendorfer sound are very different

Yamaha is taking the “high rim tension” approach which results in a very different sound than the Bosendorfer low rim tension ideal. This means that these two concert pianos sounds do not compete with one another but are actually quite complementary. Within one corporate presence, one has access to two different approaches to piano tone, both of which are carefully considered, developed and supported.

3. The world is changing

Presence in concert halls with classical music performers means less and less each year. The  marketing of the dominant company in the concert world  is increasingly falling on ears that have either heard it all before or don’t care. Building fine pianos is one thing, having brilliant marketing is another and in this industry, the 2 do not combine in one company. The challenge will be to grow the market, or take market share, in new creative ways and there is are clear opportunities for this.

4. There are culture issues, both national and corporate

Yamaha is used to large numbers, corporate style reporting and a well proven formula for selling and distributing its many products. There is a part of Bosendorfer, for better or worse, that is still stuck in the 1800’s. This results in a feeling of inbred superiority that prevents the company from seeing a clear reflection in the mirror and from accepting that what worked for Ludwig Bosendorfer may not all apply in the 21st century.  Some of this age old culture must of course stay and the continuing high quality of the pianos reflects this perseverance.  But there is a disturbing calmness with which Bosendorfer accepts some suboptimal customer focused behavior that sometimes takes the form of “well, yes, maybe we don’t do a good job with parts and supplies, but after all, nothing sounds like a Bosendorfer!”.

5. Bosendorfer has been here before.

Bosendorfer was a subsidiary of Kimball International for 30 years. Kimball was a much less logical fit than Yamaha and yet Bosendorfer prospered during those years. In fact I firmly believe that a great part of Bosendorfers strong brand recognition in North America today is a direct result of the marketing money Kimball spent 20 years ago! Kimball was a much better steward of the Bosendorfer brand than they were of their own Kimball piano brand, since that brand has disappeared. Bosendorfer survived and actually thrived during this period. The company has been through changes of ownership before and the culture and quality has been maintained.

Bosendorfer knows the true high end piano world and is in a very good place to help Yamaha expand the market for Yamaha’s craft built CF series. It will require some careful listening and thought, but the knowledge is there. Yamaha can bring a worldwide discipline to Bosendorfer, hopefully without crushing the small shop feeling that seems to include thinking that  Ludwig Bosendorfer is just out to a long lunch.

Yamaha does not need Bosendorfer to teach them anything about piano building and Bosendorfer does not need Yamaha to introduce efficiencies into its manufacturing. These are knee jerk reactions from people who really don’t understand either company. The potential is more subtle and more powerful than that.

Oh, and one more thing. Everything in these posts is my personal opinion, not a statement of any kind by either company.