The word from Vienna is that my pal Gabriela Montero (yes, she played at the inauguration) just had a big success in Vienna, playing Brahms 1 on a Bosendorfer 290 with the Vienna Philharmonic. 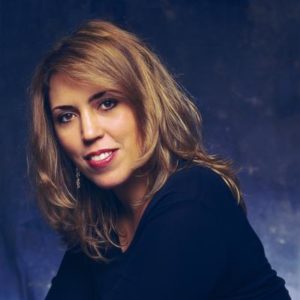 Gabby is the real deal and if you don’t know of her, you should.  Sublime musical intelligence, warm personality, beautiful, huge sound with the added twist of being a skilled and natural improvisationist (is that a word?). This is improvisation in the classical sense, the ability to take a theme and spontaneously turn it into a polished performance. These were considered common skills for performers 100 (maybe 150) years ago but they have since disappeared from the scene. Properly done it is more than a parlor trick. There should be  all the structure of the sonata allegro form, including a development of the theme, often with variations as well as a recapitulation and coda. The idea is that the knowledge of musical structure and construction is so integrated in the performer that she can apply it at will.

Gaby speaks of her “gift” and takes little credit for being anything other than a channel, but we all know that there is more than that. It is hard for an audience to connect with improvisation in the true classical sense since the subtleties are beyond easy reach. She frequently works with themes called out from the audience that are more often than not pop or jazz related. While she does a good job here, I always long to hear her stay in the more serious area.  What she does then is truly amazing.

One aspect of this industry is that there is no shortage of wonderful, skilled pianists.  So when somebody who really deserves it gets there (wherever there is) it is really a reason to celebrate. Gaby developed a close friendship with Marta Argerich which helped make some introductions and open some doors. But once the door is opened you’re on your own.
She has a natural affinity for the big romantic works, but drifts into my territory as well.