I’ve always had a sense that no matter what I was involved in, there was always somebody better at it and something I didn’t know. In some activities you have to know when to balance this with the simple enjoyment of the activity, like piano playing.

In other activities, like piano work, I’ve always felt like somebody better was standing right there, watching me, waiting to evaluate my work when I was done. This can be, of course, somewhat unnerving but I found it always pushed me to raise my standards, to be better and my skill level and clients have benefited.

I’ve been managing and developing website for a long time now, at least 10 years. I have always been interested in the information organization and dissemination aspects rather than the design aspects. I’m no designer and I’m really not a coder so I always sought out tools that would allow me to concentrate on the information rather than the raw html, css or sql coding. Even so, I slowly developed my ability to deal with robots.txt, htaccess files, php scripts and sql databases.

My interest in tools led me to Joomla a number of years ago and WordPress more recently. These are really great tools for using the web in sophisticated ways without being a hard headed coder. That being said, neither of these tools, Joomla in particular, is child’s play. They must be installed and maintained on a web server and that fact alone requires one to wade at least knee deep into the technical world of the web.

So, I’ve done that. It’s taken hundreds of hours over a number of years but I’ve enjoyed the experience, learned a lot and have used modern web tools in, I think, effective ways. But I’ve always felt that there were things I didn’t know, things that I was going to have to experience before I could really wear the merit badge of web master.

I was hacked recently which made me take a big step deeper into the pool. In the grand scheme of things, it wasn’t so bad. It was a php exploit called eval base64 decode, that inserted some php code into my sites that had  the effect of redirecting someone when they clicked on my link in a google search. My site worked fine and I didn’t know anything was wrong until I noticed that visits were dropping off and by chance I clicked on my own link in the search results. Instead of going to my site, I was sent to some pharmaceutical scam site.

To make a long story short, I had to bump up my understanding of viruses and now I know why (like flossing) they say to keep your applications updated.  Fixing things meant backing up, which I knew how to do, and reinstalling, which I was less sure of,  both Joomla and WordPress. These activities are not in themselves such big deals.  However when one has some (to them) critical web sites and one is faced with DELETING the complete directories in which they reside, it can be a little unnerving.

But like voicing and dampers, things worked out ok (so far) and I’m smarter for the experience. Now, what else don’t I know?

I've done some updating of some of my other web sites recently. Please check out … END_OF_DOCUMENT_TOKEN_TO_BE_REPLACED 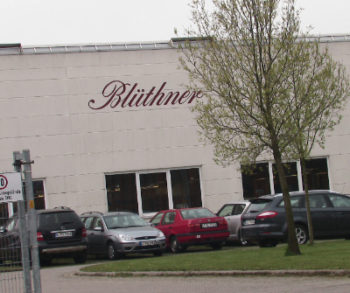 Wednesday morning was a visit to Bluthner, where Christian Bluthner met us with his customary … END_OF_DOCUMENT_TOKEN_TO_BE_REPLACED

I'm giving a presentation at NAMM this year in LOUNGE 88, in the piano area. Here's the link NAMM … END_OF_DOCUMENT_TOKEN_TO_BE_REPLACED