Just got back from a quick tour of 3 German manufacturers; Bluthner, Steingraeber and Schimmel. I’ve been wanting to visit these makers (and others) and took advantage of my son’s school break and a (relatively) cheap fare from Delta to fly from JFK to Berlin, rent a car, and spend 4 days driving through cold, damp, gloomy northern Europe.

We spent Tuesday morning doing a driving tour of Berlin before driving to Leipzig. Berlin is a fascinating city due primarily to its history, not its current incarnation. While it certainly has its sights, it has more than its share of drab, built-in-a-hurry, post war architecture. I did show my son the wall, drive through the former East part and have a lunch of a Donner. Then on to the autobahn for the 2 hour drive to Leipzig, where we stayed the first night in a typical, small, hotel-restaurant and slept the sleep of the dead. 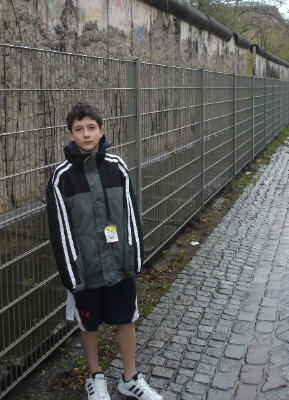