A duplex scale is a length of the string, other than the speaking length, that is intended to vibrate sympathetically.

That’s my definition, how they define it at the Oscar Walcker School is not known to me. There is often a rear duplex, but there can also be a front duplex, making it a triplex?

The speaking length is the part of the string that is hit by the hammer and creates the basic tone coming from the piano. This length is determined by the bridge at the back and the capo bar or agraff at the front. Rear duplex scales are the most common and are those that are on the far side of the bridge, between the rear bridge pins and the hitch pin. Front duplex strings lengths are found between the tuning pin and the capo bar or agraffe. Usually a front duplexes scale occurs  only in the capo bar area. The front lengths in the agraff section are almost always muted with felt. 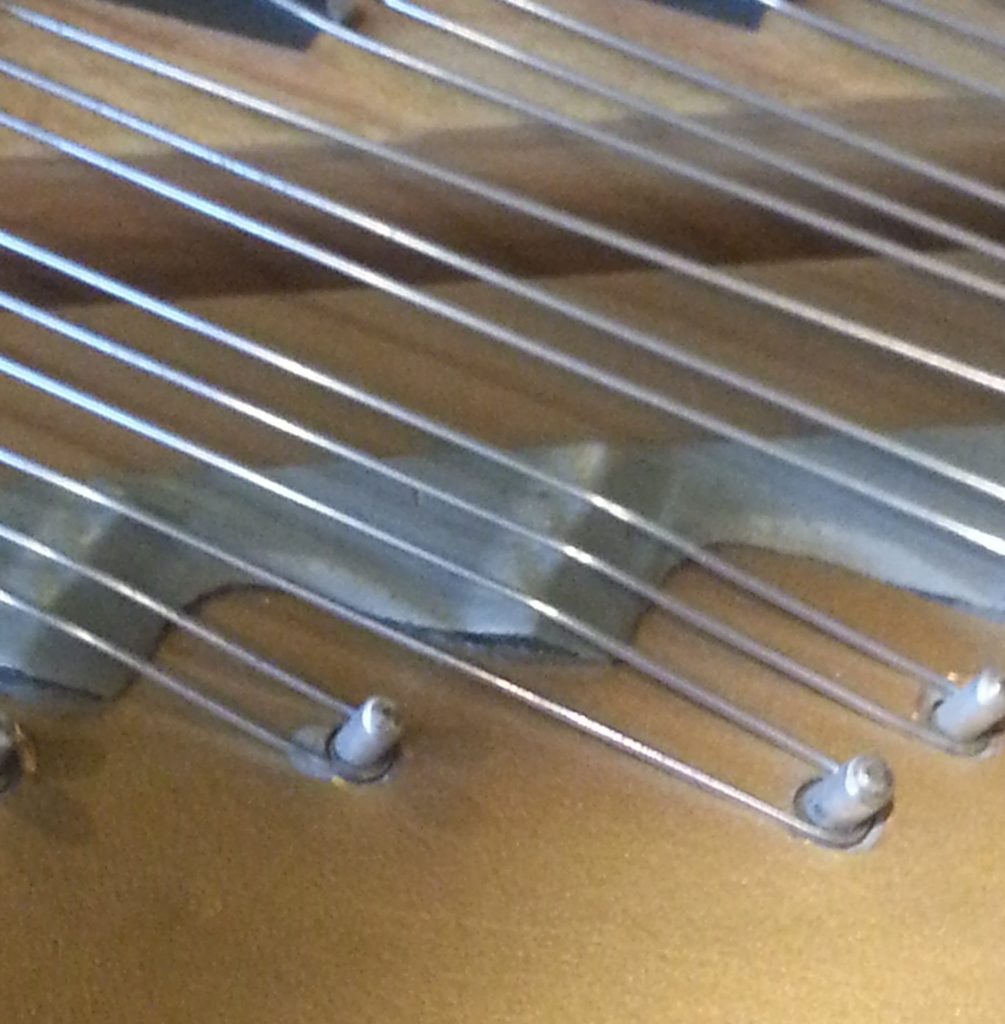 Here is a precisely terminated tunable rear duplex scale on an Estonia. 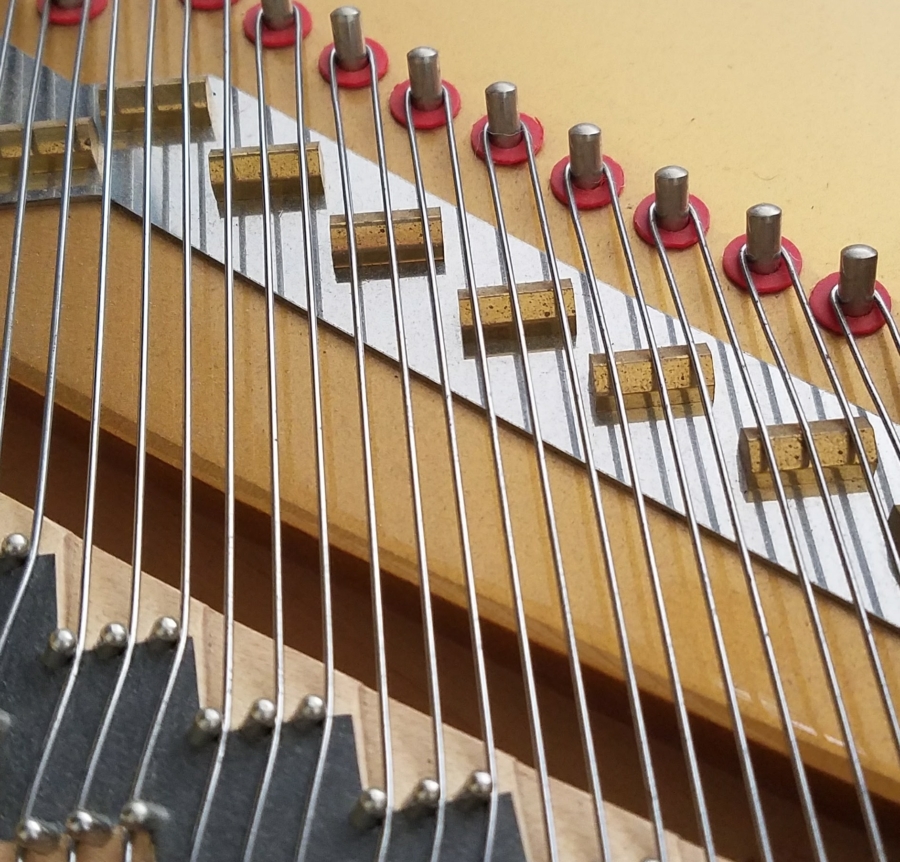 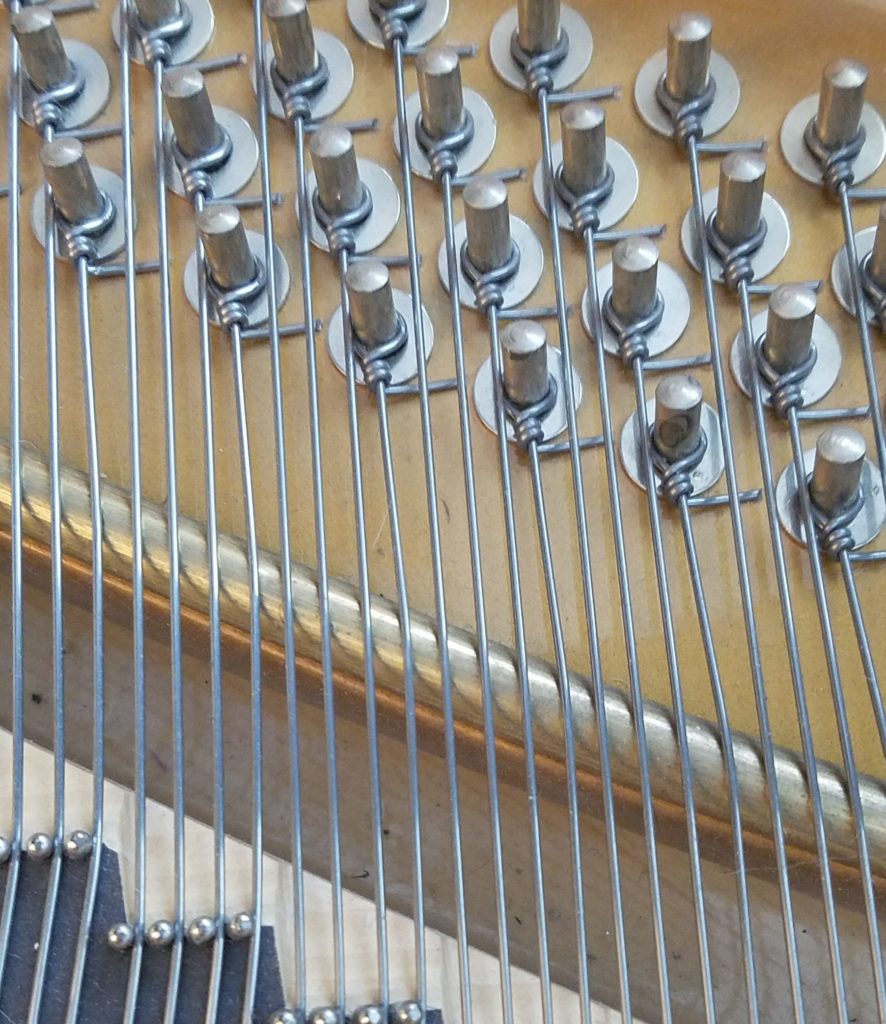 Untuned rear non-duplex on a Bosendorfer 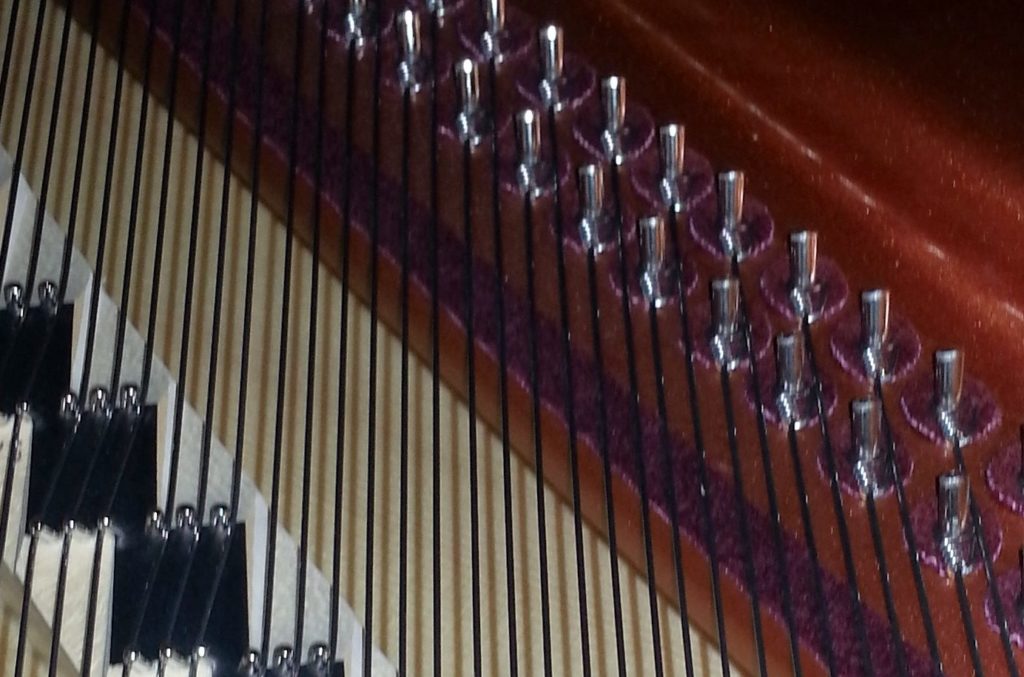 So, who cares really?

It depends on your concept of good piano tone.

Here is an example of a very precisely tuned FRONT duplex:

And here is perhaps the opposite extreme, still in a tuned duplex.

One is not better than the other!

These are some of the components that go into the overall tone of a piano. My YouTube Channel has more examples of how duplex scales sound.